With Tavistock (NZ) sadly no longer with us, Westbury Stud’s general manager, Russell Warwick, hopes his emerging sire son, Tarzino, can enhance the legacy of one of New Zealand’s champion stallions.

Tarzino’s excellent second season was enhanced on Saturday when Jungle Magnate scored a comfortable and mightily impressive victory in the G1 South Australian Derby at Morphettville. 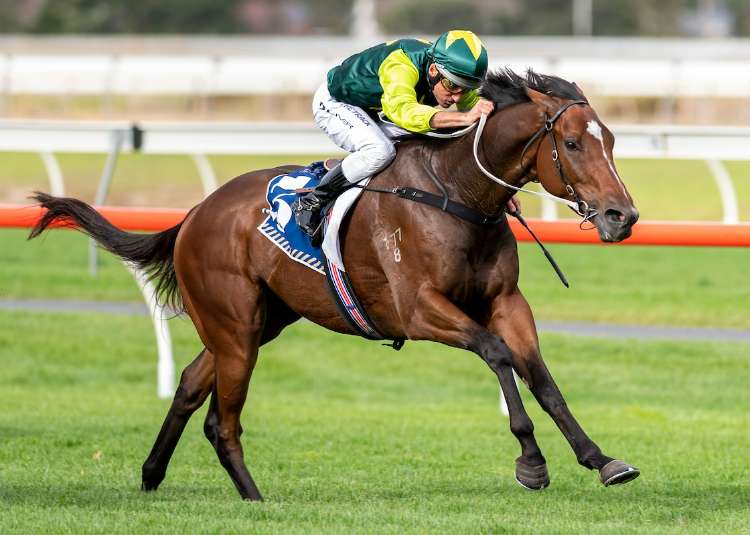 It was the Tarzino’s maiden Group 1 success, and it comes as little surprise to Warwick and the team at Westbury Stud, given how well Tarzino’s progeny have performed.

Tarzino is seventh on New Zealand’s Second Season Sires’ table (with four winners tallying five wins from 15 runners) and 12th in the same category for Australia (with 11 winners notching 19 wins from 29 runners).

He has produced two stakes winners this season, both from his first crop, with Group 3 winner and twice Group 1-placed Gypsy Goddess (NZ), joining Jungle Magnate.

“It’s tremendously exciting. He’s just doing everything that you’d ask him to do and probably a bit more than that,” Warwick told TDN AusNZ.

“To get a Group 1 performer in your first crop is a great effort; he’s got two at the moment and hopefully it could be two Group 1 winners if Gypsy Goddess has a bit of luck in the Queensland Oaks (on June 4).

“You would have liked to think that if he is going to be a commercial and good stallion that his progeny would start firing from December (2021) onwards as 3-years-olds, and that’s exactly what’s happened; Jungle Magnate was a 2-year-old city winner, I know, but they are now maturing and getting up.

“Seeing that turn of foot (in his progeny) hasn’t surprised us, but really pleased us. To win good races you have to have a turn of foot, it doesn’t matter whether it’s 1200 metres or 2400 metres, a turn of foot is such an imperative part of any good racehorse.” 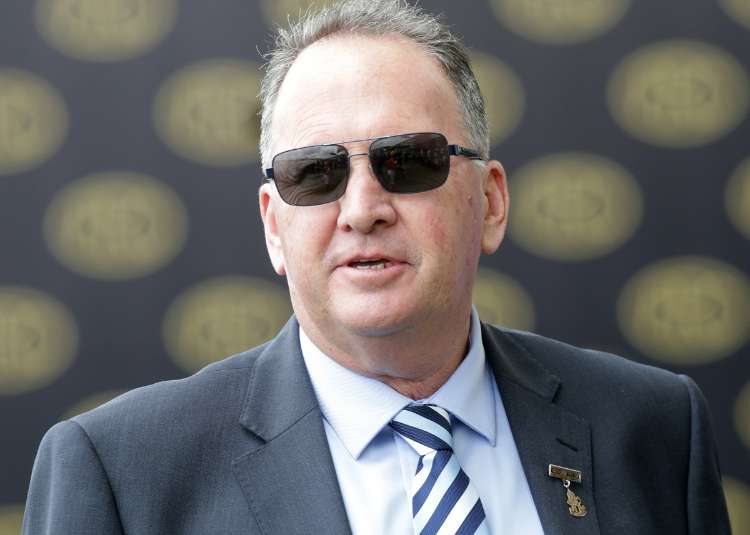 Son of a gun

By Montjeu (Ire), Tavistock was a dual Group 1 winner in New Zealand before taking out the G2 Blamey S. at Flemington.

A resident at New Zealand’s Cambridge Stud, which also stood greats Zabeel (NZ) and Sir Tristram (Ire), Tavistock was lost to the breeding industry when he died in December 2019, aged 14. He suffered a paddock injury that ultimately led to his death.

“It was really his second crop where he (Tavistock) came out with three or four Derby winners,” Warwick explained. 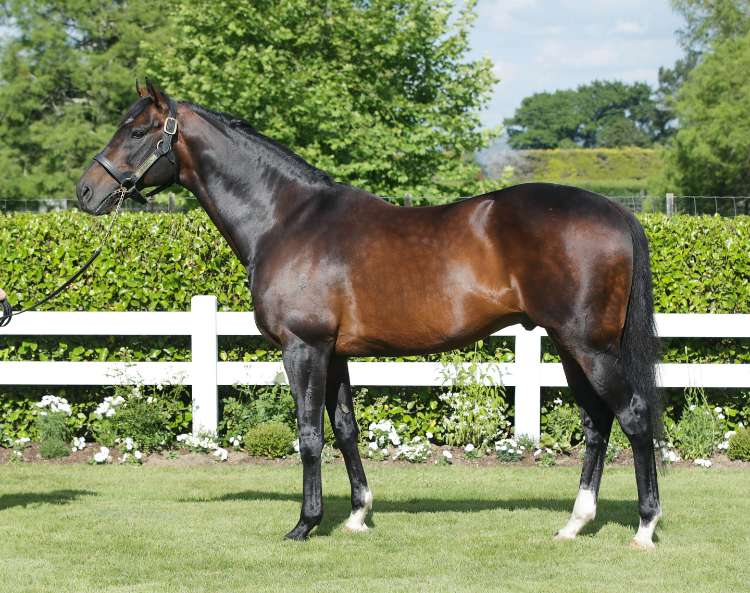 “We were a shareholder in Tavistock and to lose him was such a shame.

“As always, whenever we lose those horses, their progeny come out of the woodwork again. I wouldn't say Tavistock’s having a resurgence, because he’s been a great sire for the last three or four years, anyway.

“We’re very fortunate that the only son of Tavistock standing at stud is Tarzino and the legacy of Tavistock will be taken to the next level that he achieved.”

Warwick believes Tavistock’s absence, combined with the fact New Zealand’s seven-time Champion Sire Savabeel is getting on (he’s 20), means the next generation must step up and fly the flag.

“We’ve (Kiwis) relied so heavily on Savabeel and Tavistock in the last 10 or 15 years to fly the flag in those Classic races,” Warwick commented. 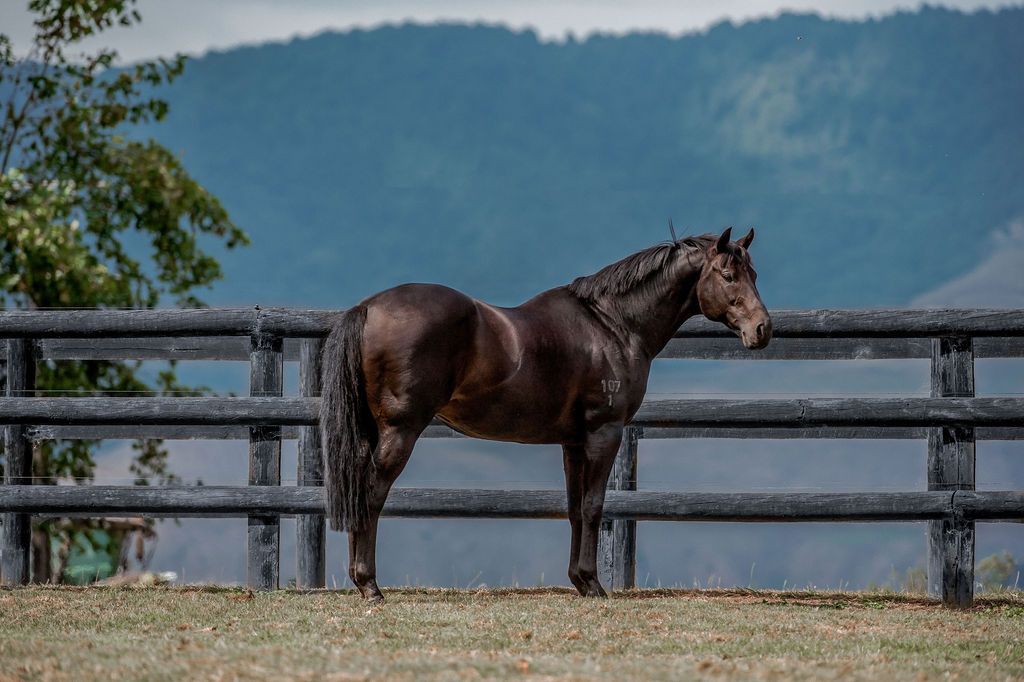 “It’s well and truly time for a new horse to come into the fold and we’ve got some exciting young stallions that are now standing at stud in New Zealand. It won’t just be Tarzino, I’m sure there’s one or two others that will put their hand up, the likes of Proisir, Vadamos and Shocking.

“New Zealand is probably going into a new era of stallions that are going to appeal to the Australian market, but more importantly, make up the numbers and hopefully be the winners of those Classic races in the years ahead.”

Warwick said Tarzino’s book was quickly being filled prior to him winning the Derby, and since Saturday, the phone has been running hot, with interest from both sides of the Tasman.

“It’s early days in New Zealand for bookings, but 24 hours post the Derby on Saturday, the phone has been very busy and I’m sure a lot of people are thinking, ‘we’ve got to be in here’,” said Warwick.

“Within 10 minutes of Jungle Magnate winning I had two Australian clients both asking to hold nominations, they want to send mares out to him.

“We’ve gone back to his introductory fee of NZ$15,000 (plus GST), so he’s extremely well-priced, and obviously if he continues to make the inroads that he’s doing at the moment, breeders will be rewarded.

“You look at the Australian stallion market and try and find a horse that’s got two Group 1 performers in his first crop and you can go to Tarzino for NZ$15,000, they’re very hard to find in Australia.

“It’s heartening to know that he’s been recognised in Australia as well as New Zealand.”

Confidence from a leading trainer

Not surprisingly, multiple Group 1-winning trainer Mick Price is a huge fan of Tarzino’s progeny.
Price trained Tavistock for a period of his 19-start career, and handled dual Group 1 winner Tarzino throughout his.

“Mick is a straight shooter and he’d tell you all day long what he thought of Tarzino, he was a bloody tough and quality horse. He had a lot of fun with the horse, and as Mick said, with any sort of luck he probably should have won an Australian Guineas to go alongside his Rosehill Guineas and VRC Derby wins. Those horses don’t come along very often,” said Warwick. 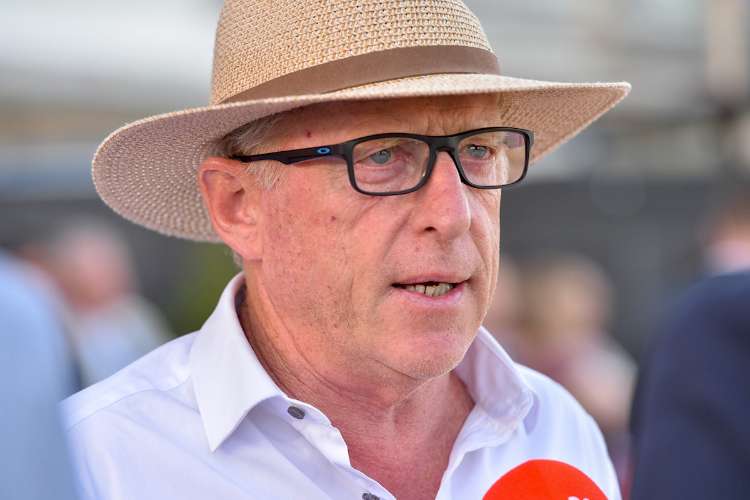 Westbury Stud will offer four yearlings at the Magic Millions National Yearling Sale, starting May 31 on the Gold Coast.

“We’ve got a decent draft and hopefully there’s be a little bit more interest in the Tarzinos on the back of the past month or so,” Warwick remarked.

“He’s a really nice horse with a lovely staying pedigree. He’s a grandson of Portland Singa, who was a very good racemare,” said Warwick.

And Lot 1789, a colt out of Please Leave (More Than Ready {USA}), is related to Listed winners Shovoff (Danehill {USA}) and Shovhog, as well as dual Group 2 winner Startling Lass (Luskin Star), who is the sister of 1987 G1 Blue Diamond S. heroine Midnight Fever.

“He’s just about the pick of the colts, we really like him,” Warwick said.  - TDN AusNZ (Trent Masenhelder)